African leaders have declared a cessation of hostilities in the eastern Democratic Republic of Congo starting Friday, according to a joint statement released after talks in the Angolan capital Luanda, with the aim of ending fighting between Congolese troops and M23 rebels.

An agreement was reached for an “immediate ceasefire” in the DRC at 6pm (17:00 GMT) on Friday, Angolan Foreign Minister Tete António announced on Wednesday.

An East African regional force will intervene against the M23 fighters in case of noncompliance, said the statement signed by the leaders of DR Congo, Rwanda, Burundi and Angola, and by former Kenyan President Uhuru Kenyatta, who has mediated the crisis.

Earlier this month, Kenyan troops were deployed to eastern DRC as part of a peacekeeping operation from the seven-nation East African Community (EAC) bloc.

DR Congo has accused neighbouring Rwanda of backing the armed group M23, which Rwanda has denied. Kinshasa also expelled Rwanda’s ambassador over its alleged backing of M23 rebels, who have seized towns in the east DRC province of North Kivu.

An M23 spokesman was not immediately available for comment.

Al Jazeera’s Malcolm Webb, reporting from Goma in the eastern DRC, said Rwandan President Paul Kagame did not attend the meeting in Luanda. Instead, Rwanda’s foreign minister joined the talks with Congolese President Felix Tshisekedi along with other regional leaders.

Webb said that the communique says that M23 fighters should withdraw from areas they are occupying and should disarm and hand themselves over to the Congolese forces.

The United Nations says there are nearly 300,000 people displaced by the latest fighting, which erupted last month. The Al Jazeera correspondent said that the UN said that displaced people should go home within seven days

“Now people are waiting to see if the fighting will actually stop. Campaigners say they do not expect the M23 to back down without substantial military and diplomatic pressure on Rwanda,” Webb said.

The agreement comes after DRC’s President Tshisekedi met Rwandan Foreign Minister Vincent Biruta in Luanda as tensions soared between the neighbours amid deadly violence on their border.

Ahead of the talks, UN Security Council members called for a halt to the fighting, for the M23 to withdraw from occupied areas and for the end to “all external support to non-state armed actors, including the M23”.

The M23, a largely Congolese Tutsi militia, has seized swathes of territory across North Kivu province, edging towards the region’s main city of Goma.

The DRC and Rwanda agreed to a de-escalation plan in July, but clashes resumed the very next day.

On Tuesday, Kinshasa said it would not sit down for talks with M23 rebels until the group withdrew from the areas it controlled.

The M23 first leaped to prominence 10 years ago when it captured Goma, before being driven out.

It re-emerged late last year, claiming the DRC had failed to honour a pledge to integrate its fighters into the army, among other grievances. 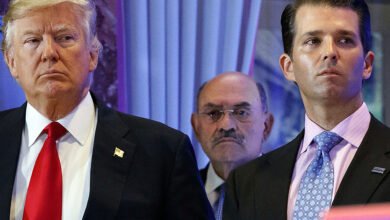