The Debt Management Office (DMO) has raised N615.6 billion through Sukuk for the rehabilitation and construction of new roads across the country in four years.

The Director-General of DMO, Ms Patience Oniha, made this known in her presentation titled: “Nigeria Public Debt – Some Considerations,” at the Capital Market Correspondents Association of Nigeria (CAMCAN) 2022 conference in Lagos.

She noted that N365.557 billion of the amount hads been deployed for the construction of 1,881km of roads and six bridges.

She listed some of Sukuk funded projects as the reconstruction of Bida-Lambata road in Niger State, rehabilitation of Lagos-Ota-Abeokuta road in Lagos and Ogun states and the rehabilitation of Enugu-Port Harcourt road section III Enugu-Lokpanta, in Enugu State.

Others are the rehabilitation and reconstruction of Enugu-Port Harcourt dual carriageway section II Umuahia-Aba in Abia State and rehabilitation of Kano-Katsina road Phase I, Kano State, among others.

A Sukuk is an Islamic financial certificate, that complies with Islamic religious law commonly known as Sharia.

It involves the means by which corporations or governments raise capital and the forms of investments that are made in accordance with Shariah.

She also said that N25.69 billion had been raised through Sovereign Green Bonds from December 2017 to June 2019.

The director-general said that the funds had been deployed to seven selected projects in various sectors including renewable energy, agriculture, water, transport and afforestation. 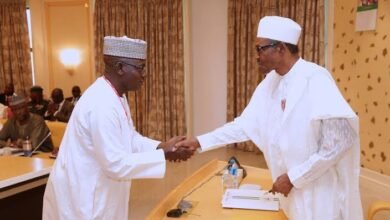