Growing up in a communal apartment in Leningrad, a young Vladimir Putin liked to chase rats across the stairwell with sticks. One day, he spotted a particularly huge rat and drove it into a corner. Suddenly, it threw itself at him, trying to leap onto Putin’s head in its bid to escape.

The incident taught Russia’s president a lesson he carried for decades. “Everyone should keep this in mind. You should never drive anyone into a corner,” he said.

On Thursday, Putin ordered his army to attack Ukraine from the north, south and east in what could be the largest military operation in Europe since the end of the second world war.

Despite months of western warnings about his plans for a brazen assault, Putin framed the invasion as a defensive operation — even going so far as to cite the relevant UN charter article — and claimed that Russia had “been left no chance to act otherwise”.

His war in Ukraine marks the culmination of a slide into a paranoid autocracy that earns comparison with Russia’s most brutal rulers.

Already a distant figure before the pandemic, the lengths the former KGB officer takes to avoid coronavirus have limited his human contact. Western visitors are forced to sit around a comically huge table. Allies toast champagne from opposite ends of a massive carpet. Even Putin’s closest advisers are rarely allowed to come within 10 feet without weeks of quarantine and testing.

People who have known him for decades say this has deepened a pent-up resentment of the west and a fixation on Russia’s shared history with Ukraine — making him more aggressive and unpredictable than ever.

“He’s even more isolated than Stalin,” says Gleb Pavlovsky, a former adviser. “In the last years of his life, Stalin didn’t come to the Kremlin and lived in his dacha, but the politburo came to see him and they talked and drank. Putin doesn’t have that. He’s as isolated as he can be. And in that situation rational issues become irrational.”

A romanticised ideal of serving his country drew Putin, 69, to join KGB counter-intelligence in the late 1970s. Before long, however, he was confronted with the Soviet Union’s long, dreary slide into collapse. Deployed to Dresden in East Germany, he watched helplessly as communist regimes in eastern Europe fell while nationalist movements at home pushed Mikhail Gorbachev to open up the country.

One night shortly after the Berlin Wall fell in 1989, Putin emerged from KGB headquarters to face an angry mob, then asked a nearby Soviet unit for support. The answer haunted him for years. “‘We can do nothing without an order from Moscow. And Moscow is silent’,” he recalled. “I had the feeling the country was no more. It was clear the Union was sick with a deathly, incurable disease called the paralysis of power.”

Back in Russia, Putin left the KGB and quickly rose up the ranks as a trusted aide to Russia’s two most important democratic leaders — St Petersburg mayor Anatoly Sobchak and Boris Yeltsin, its first president.

Once Yeltsin unexpectedly named Putin his successor on New Year’s Eve in 1999, Putin strove to restore the power Russia had lost. At home, he launched a brutal campaign to subdue separatists in Chechnya, brought the media to heel and defanged the country’s oligarchs. But abroad, he initially sought to ally with the US, asking Bill Clinton if Russia could ever join Nato and offering his support for George W Bush’s war on terror after the 9/11 attacks.

“He basically wanted to be like a vice-chairman of the board,” says Samuel Charap, a political scientist at the Rand Corporation. “You don’t have to . . . change your fisheries code to match what Brussels tell you — you get a seat at the big boys’ table.”

Putin’s entreaties fell on deaf ears, leaving him embittered at what he saw as the west’s refusal to take him seriously, according to a former senior Russian official. “It’s their fault. They should have supported us and integrated us into the world, but they worked against us.”

Key turning points came in 2003 and 2004. Putin jailed Mikhail Khodorkovsky, then Russia’s richest man, while growing increasingly resentful of the US for the Iraq war, Nato’s expansion into eastern Europe and its support for “colour revolutions” in former Soviet states. The Orange Revolution in Ukraine, where protests overturned a Moscow-backed candidate’s fraudulent election victory, was a particularly sore point.

Gradually, a revanchist side began to emerge. Former aides to Mikheil Saakashvili, the leader of the “colour revolution” in Georgia, suspected something was wrong when Putin complained about Tbilisi’s “museum of Russian occupation” at a meeting in 2007 and reminded him of fellow Georgians like Stalin and Beria who had sat at the heights of Soviet power.

Saakashvili joked: “Why don’t you open a museum of Georgian occupation in the Kremlin?” His aides gasped in horror at Putin’s stony reaction.

Putin’s resentment of the US and Nato came to the fore when Ukraine and Georgia applied to join the alliance in 2008. He warned Bush that Ukraine was “not even a real state”, according to a Russian account. Though Nato offered only a vague assurance the countries would eventually join the alliance, it was enough to prompt the then prime minister to launch a devastating five-day war against Georgia and send troops to occupy two breakaway border regions.

But the muted western reaction, followed by a US attempt to reset ties with Russia, meant Putin’s use of force “was not addressed decisively enough”, says Kadri Liik, a senior fellow at the European Council on Foreign Relations. “And that created a situation where things got worse and worse and worse.”

Fears of western encroachment and domestic uprising became intertwined in Putin’s mind. In December 2011 he accused the US of “giving the signal” for protests preceding his return to the presidency, then described the 2014 revolution in Ukraine as an “armed coup”, prompting him to seize the Crimean peninsula.

This severely damaged Russia’s global standing but Putin’s approval ratings at home soared above 80 per cent. With little meaningful opposition, his appetite for adventurism grew — culminating in a 2015 military intervention that turned the tide of the Syrian civil war.

“Putin’s used to being lucky. That’s very dangerous for a gambler, because he starts believing fate is on his side,” Pavlovsky says. “When you play Russian roulette, you feel that God is on your side until the shot rings out.”

As Putin’s circle became more limited, the picture of the world he received became more distorted. He and his confidants would increasingly spout bizarre conspiracy theories that the west was bent on destroying Russia through everything from gay marriage to anti-corruption activist Alexei Navalny.

“You eventually end up in a trap, because your inner circle tries to only tell you good news and what fits your views. Imagine Putin discussing the war in Ukraine with his generals — they’ll rapturously cry, ‘Yes, we can!’ Nobody will resist,” Tatiana Stanovaya, founder of the R.Politik analysis firm, says.

Ukraine then elected a new president, Volodymyr Zelensky, who took a bolder stance against Putin: the former comedian demanded Nato admit Kyiv and had Putin’s closest ally there arrested.

“Russia’s political regime is this mafia-type state where letting insults drop means the leader loses his authority,” says Nikolai Petrov, a fellow at Chatham House. “There’s no way you can wipe that clean.”

As the peace process deteriorated, Putin’s resentments of Ukraine and Nato spilled into the open. Last summer, he published 5,000 words casting aspersion on Ukraine’s right to exist in its current form and claiming the US was using it to threaten Moscow.

Then, as Russia began massing troops on the border, Putin told diplomats to maintain “a certain tension” with the west. His demands that Nato pledge never to admit Ukraine and roll back the alliance’s eastern expansion would have rewritten the post-cold war security order.

The west mounted last-minute diplomatic efforts. But when France’s Emmanuel Macron and Germany’s Olaf Scholz met Putin around the huge Kremlin table, they were subjected to historical rants by a man who struck them as almost totally at odds with the outside world, according to aides.

Their missions were doomed to fail. A day after agreeing to a Macron-brokered summit with the US, Putin recognised the Donbas separatists’ independence in a rambling tirade in which he threatened to hold Ukraine responsible for any “ensuing bloodshed”. It was a clear attempt to prepare Russia’s population for war against the “brotherly nation” of Ukraine — whose very existence in its current form, he claimed, was an existential threat.

“At some point he didn’t think he had been driven into a corner so much as that he could get out of the corner. What did he have to be afraid of?” Stanovaya says. “He realised an aggressive, frightening Russia is an effective way to make the world start taking you seriously.” 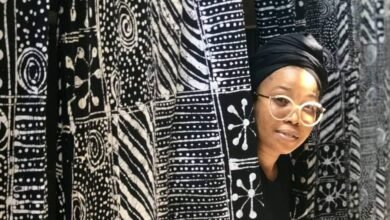 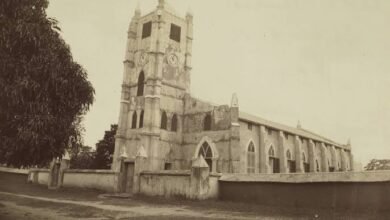 Impacts of 180 years of Anglican Church in Nigeria 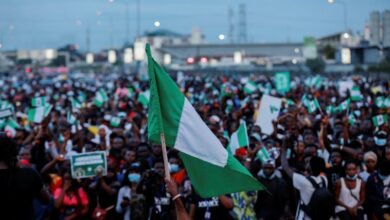 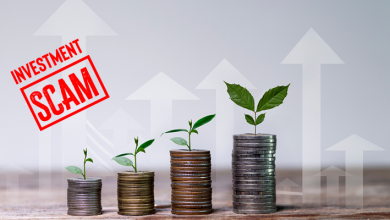 How Ponzi fraudsters are fleecing Nigerians of their billions