Ogun State governor, Dapo Abiodun, has called on Nigerians to support the widows and children left behind by the nation’s fallen heroes so that their labour would not be in vain.

The governor who stated this in an interview after the laying of wreaths and parade by members of the Armed Forces to mark the end of this year’s Armed Forces Remembrance Day, held at the Arcade Ground Oke-Mosan, Abeokuta, on Sunday, attributed the peace and security in the country to the efforts of men and women who sacrificed their lives for a united Nigeria.

“They died protecting the nation against internal and external aggressions. We must continue to ensure that we remember the widows, widowers and the children who are now fatherless or motherless.

“We should remember that these are the people, without them, we will not have peace, law and order and the security that we need which is directly responsible for the socio-economic development and allowed people to go about their business looking for means of life livelihood,” Abiodun said.

He admonished Nigerians to exhibit act of love and appreciate those who laid down their lives to preserve the corporate existence of the nation, saying that “no love is greater than this.”

The governor emphasized that as the nation was moving towards the forthcoming election, his administration would leave no stone unturned to ensure a peaceful atmosphere in all parts of the state through inter-party tolerance, warning that his government would not hesitate to wield the big stick, if the peace of the state is threatened.

He again advised parents to ensure that their children are not used for carrying out any act of violence or thuggery as security agencies are on ground to thwart any such moves. 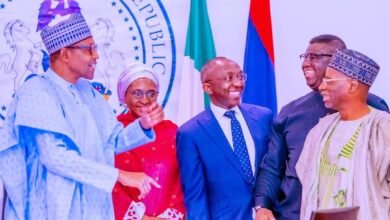 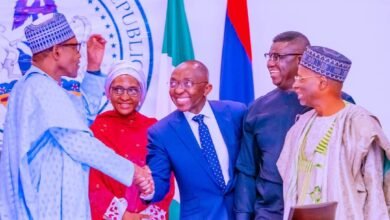