Messi this, Ronaldo that. So sick of it. Now poor, little, rich Mbappe is gradually getting thrown into the fray. It is lamentable how football has been reduced to this ridiculous, constant affray between rival groupies about who is a goat and who is not.

I do know who the real goats are: these toxic and cantankerous cults of followers, who must be bankrolled by enemies of football out to ruin the greatest sport in world history. Or else, what could possibly explain the diminishing football in this manner?

The beautiful game has been contaminated by noxious partisans claiming loyaty to individual players. In most cases possessing the most spurious knowledge of the great craft, they obsess themselves and everyone else with frivolities and trivialities about these players, with the inexplicable intention to feed animosities.

Football purists are confounded by these junkies who make such a nuisance with their unhealthy comparisons of players, thereby creating the most bizarre and senseless rivalries. Since 1924, when José Leandro Andrade burst unto the wotld football scene for Uruguay as probably the first international superstar, great players have been similarly acclaimed in every generation.

Although a normal degree of rivalry is inevitable, never has there been a war-like atmosphere as there is today among their supporters. Tom Finney and Stanley Matthews generated healthy comparison in their time. So did Ferenc Puskas and Alfredo di Stefano. Didi and Raymond Kopa. Pelé and Eusebio. Bobby Moore and Franz Beckenbauer. Johann Cruyff and Gerd Muller. Garrincha and George Best. Bobby Charlton and Uwe Seeler. And many more. Comparisons and competitiveness have always existed with regard to players but in decent spirit and within the bounds of civility.

But these new-fangled fanatics, who likely imagine that football was invented around 2000 A.D., just won’t let us enjoy this game we have held so dear for over a hundred years. They have turned two of our great modern players into pawns in their quibbling narcicism, totally negating the essence of football as a team sport.

The pure fan regards football somewhat like a grand ballet and likens the players to beautiful ballerinas but the pernicious rabble insists on putting them forward as contentious prima donnas to create a war where there was peace and love. Football is not a dog fight and the players are not pit bulls. If you are looking for cave men going for each other’s jugulars inside a fight cage to satisfy your thirst for blood and gore, you most probably need to buy a ticket to the UFC.

-Ikpeazu is a lawyer and a Pan-Africanist

Why my wife left me-Julius Agwu

EXPOSED: Fayemi plans to use Ekiti Assembly to checkmate Oyebanji 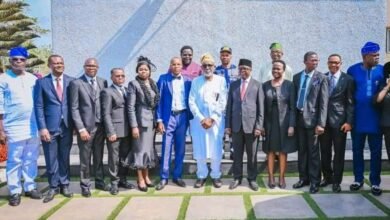 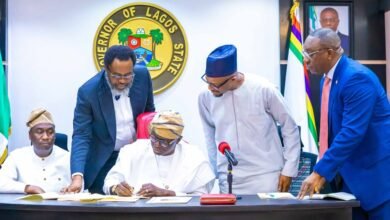 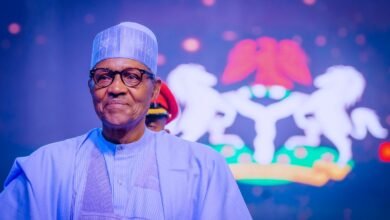